Yeah! The Japanese Garden is finished. What was intended to start out as a traditional string quilt and scrap buster turned into something a little different along the way.

I originally set out to make a string quilt using scraps, but as you know making scraps look good requires a bit of overview and a clear mind... and unfortunately neither my sewing room or myself had those virtues in March. On the top shelf however, I found a decent Kate Spain leftover pile.

The colors seemed so right for spring and and decided to make an 'almost' scrappy string quilt. I started cutting all the strips, and then realized I didn't really feel for the traditional project anyway. So with my pile of strips, I zoomed my attention into fan quilts instead. With a 9 degree ruler I made big Dresden wedges, which ended up in 16 quarter fans. 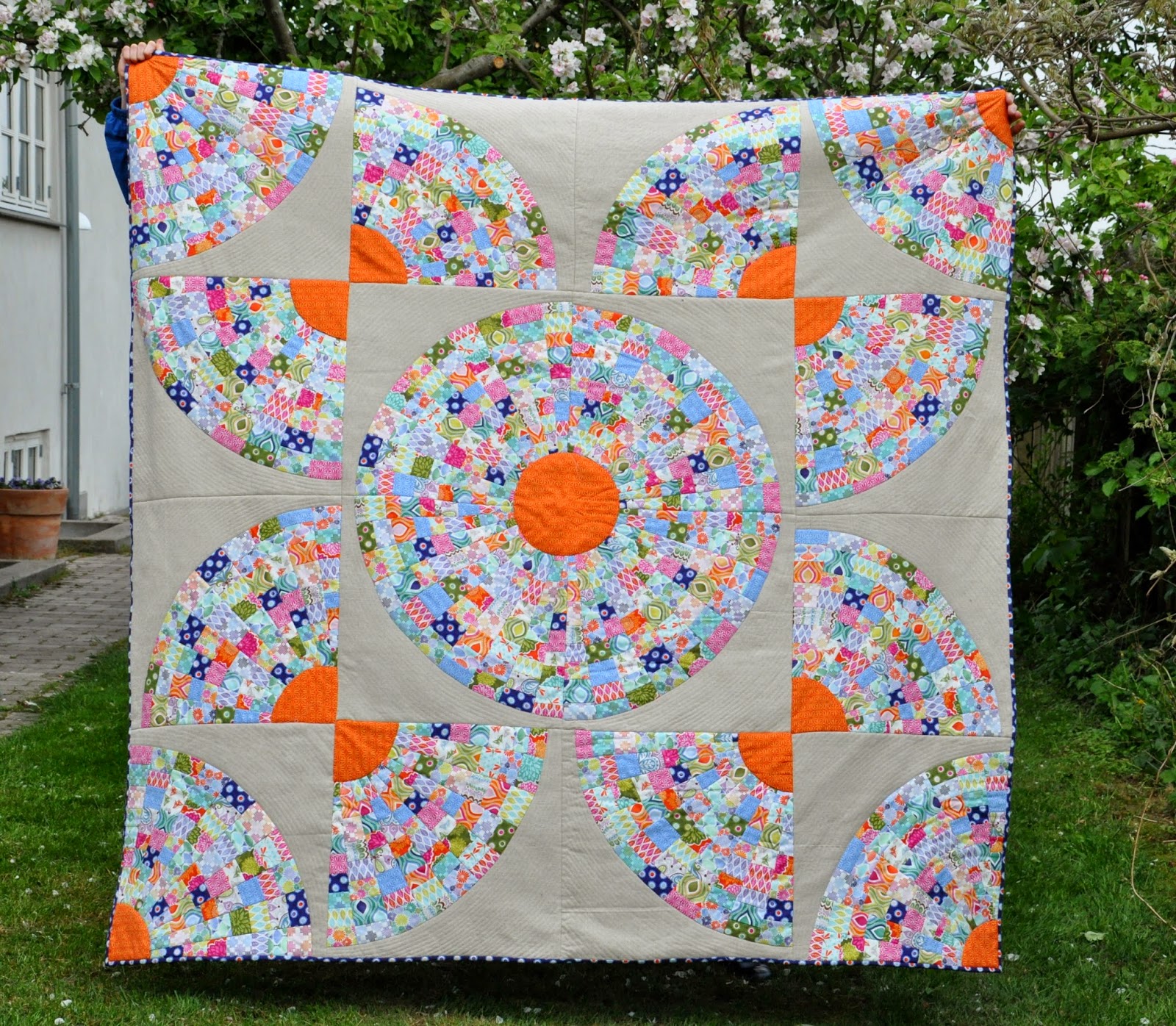 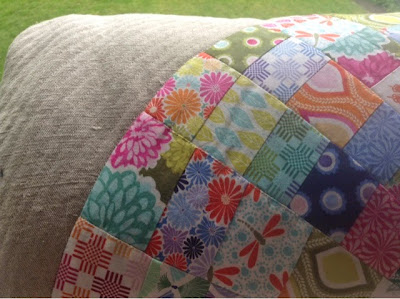 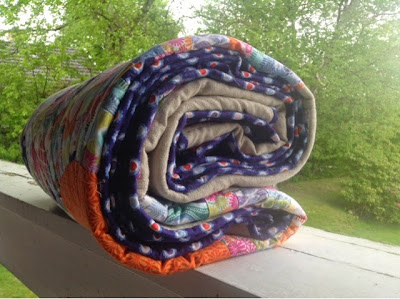 I needle-turned the fans on linen and quilted it densely to the batting with QAYG in circles. The quilting is very subtle on the pictures - it's hard to see it but up close it's quite visible and it gives the quilt a lovely texture. 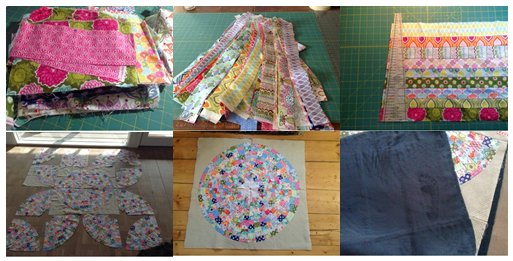 It's traditional, it's modern, it's fun and full of color all at the same time. The fleece backing makes it very warm and comfortable too. What's not to like?

I finished it on Sunday, my sister's birthday. Maybe that's where this quilt should be heading? A little selfish part of me wants to keep it here though. I know it will look magnificent in her living room and she will treasure it. On the other hand I can't think of anything better than to curl up under it on my couch, where it will also look good. Hmm...what's a girl to do?

Right now I'm making only one project at the time. Hence no actual WIP's in this post.. I'm thinking and playing with ideas for the next project.